It’s all about curves when it comes to plastic surgery these days – as long as those curves are in the right place. The butt is big – literally – and provided the fastest growing business sector for plastic surgeons in America during 2015, according to statistics released by the American Society of Plastic Surgeons.

The bottom line is that the buttocks is moving out of the rear seat and into the driver’s seat in leading trends in plastic surgery and at The Toronto Plastic Surgery Center. Although still way outranked in sheer numbers by other, more traditional, procedures, increasing and lifting up the rear end showed the greatest growth year on year in the ASPS statistics for 2015 when compared to 2014.

Busting the trend towards increasing the curves both front and back, was the statistic which showed that for the first time men accounted for 40 percent of the 68,106 breast reductions performed in the US in 2015. This was five percent up on the previous year, and showed a 35 percent increase since the turn of the century.

Adding curves where wanted and 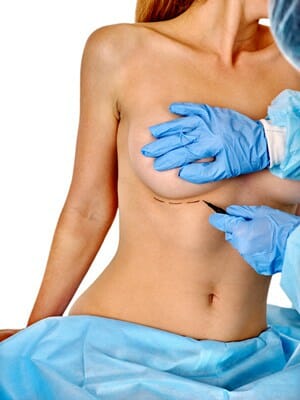 removing unwanted curves took the top two places as the most popular plastic surgeries of 2015. Breast augmentation and liposuction accounted for close on 280,000 and 222,000 procedures respectively of the 1,7million plastic surgery procedures done in 2015.

In an overview of the trends since the turn of the century, the ASPS statistics revealed a major drop-off in the percentages of the market held by three of its 2015 Top 5 performers: liposuction, nose reshaping, and eyelid surgery. All three dropped by more than a third of their numbers in the 15 year period.

Facelifts dropped out of the Top 5 for the first time, handing over its position to tummy tucks.

While facelifts seem to have dipped in popularity, minimally invasive alternatives have risen incredibly since the turn of the century. Botox, which holds the lion’s share of this type of treatment, accounted for 6,7million procedures out of a total of 14,2million in 2015. It showed a 759 percent increase since 2000.

A survey done by the American Academy of Facial Plastic and Reconstructive Surgery revealed another trend in 2015. More than 60 percent of its facial plastic surgeon members reported an increase in the number of under-30s seeking cosmetic surgery.

The AAFPRS members said the majority of their clients were interested in natural-looking nose reshaping (74%); combinations of surgical and non-surgical treatment 72%), and 71% were looking for eyelid surgery to remove the “tired look”. After that 56% of their clients were seeking to “get their cheekbones back” and 51 percent had concerns over how plastic surgery could help keep them competitive jobwise.

There was general agreement that there is an increasing emphasis on early maintenance and prevention by starting earlier with less invasive options in order to delay the need for cosmetic surgery later in life.